5-Ply Bakeware, is it Worth it? Review of 360 Cookware’s Bakeware 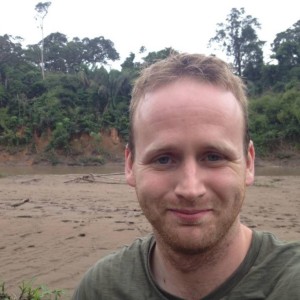 Tyler David
Tri-ply, 5-ply, and even 7-ply cookware has been around for a long time now, and the benefits of this type of cookware is well known. There's no reason why this technology can't be transferred to bakeware, and 360 Cookware has done exactly that with their line of bakeware.

I’ve always thought that bakeware has been neglected by the manufacturers of premium kitchenwares. While triply, 5-ply, and even 7-ply cookware has been around for a while (popularized by AllClad), most bakeware is just straight-up aluminum, sometimes coated with a nonstick layer. While aluminum has great heating properties, it’s difficult to clean and it warps easily in hot ovens. Even worse, some bakeware is just stainless steel; while easy to clean, stainless steel also warps easily and has terrible heating properties when it’s the singular metal in a piece of bakeware.

That’s why I was happy to test out the bakeware line from 360 Cookware, manufactured by Americraft. All of 360 Cookware’s bakeware is made in the United States of America. While this bakeware is on the expensive side, it doesn’t skimp on quality. All the bakeware is cladded with 5 alternating layers of aluminum AND stainless steel, for a total gauge of 0.7.

As mentioned above, aluminum by itself has great heat distribution; however, it’s difficult to clean and prone to warping. While stainless steel by itself is much easier to clean (you can even throw it in a dishwasher), it is also prone to warping and has poor heat distribution. When the two metals are clad together, they retain the properties of both; bakeware that is easy to clean and has great heat distribution! As an added bonus, the cladding process protects the pan from warping in a hot oven. There’s a reason why homecooks love cladded cookware, and there is no reason why bakeware can’t be cladded as well.

I received the 5-Piece Bakeware Set from 360 Cookware by Americraft, which contains the following items:

When I first received the bakeware, I was initially impressed by the heft of their weight. For some, extra weight may seem like a downside; however, when it comes to cooking you want to ensure your cookware has enough highly conductive metal to distribute heat properly; generally speaking, heavier pans are better distributors of heat. Knowing that there is aluminum, an excellent conductor and distributor of heat, cladded between the layers of stainless steel made me confident that the bakeware would be able to conduct and distribute heat excellently.

While the actual cooking surfaces seemed high quality, the handles did seem like an afterthought. They are very lightweight, and while that won’t take away from the actual baking performance of the pans, it does make the pieces of bakeware with handles feel a little cheaper. I guess it could be argued that the lightweight handles won’t conduct heat as well, which in turn prevents you from burning your hands; however, if the pan is going in the oven, as bakeware is designed to do, you’re going to be wearing oven mittens regardless of what kind of metal the handles are made of. Better handles would add a premium feel to the bakeware, which isn’t too much to ask for considering the premium price.

I’ve spent a lot of time looking for a triply baking sheet and haven’t had much luck; that’s why I pleasantly surprised when I came across 360 Cookware’s 5-ply Jelly Roll Pan. In order to test the bakeware’s ability to perform at higher temperatures, I baked some gochujang-glazed pork chops in the Jelly Roll Pan with a USA Pans Quarter Sheet Nonstick Cooling Rack embedded inside it.

The recipe for the porkchops require that they initially be cooked at 275°F for around 45 minutes, but then placed under a blazing hot broiler for 5 minutes; a cooking condition that could easily warp an aluminum-only pan. The recipe also calls for the pan to be lined with aluminum foil, a step I skipped as I knew the stainless steel would be much easier to clean than a typical aluminum sheet pan, and if all else failed, I could throw the 5-ply bakeware into the dishwasher.

The recipe went off without a hitch. The pan did not warp at all, and the pork chops turned out beautifully!

However, the pan, as expected, was a giant mess. Now was time to test whether or not my theory about easy cleanup was correct. I let the pan soak in soapy hot water for a few minutes before I took a dish cloth and gave it a few wipes. As you can see from the before and after photos, it cleaned up like new!
When you compare this cleanup to a traditional aluminum-only baking sheet, you can see the difference. And the aluminum baking sheet pictured has never been under a broiler. I know from my larger half sheet pans that when you broil on an unlined baking sheet, you will end up with baked on food that will not come off no matter how hard you try.

My next task was to test out the 9×13 Bake & Roast Pan using a one-pan recipe; coconut rice with chicken! The recipe involves two stages where you first cook the rice, coconut milk, and some of the vegetables in a 9×13 covered roasting pan. I used aluminum foil to cover the pan, and it created the perfect environment to steam the rice and vegetables in the coconut milk! Next you add the chicken and return the covered pan to the oven until the chicken is fully cooked. The dish was delicious!

I can’t wait to try lasagna next; I think this is the perfect pan for the dish!

The only downside is I wish I got the Bake & Roast Pan without handles as it would fit inside my toaster oven. The handles make the pan a little bit too wide to fit inside my Anova Precision Oven or Breville Smart Oven Air.

Next I tested out 360 Cookware’s Large Cookie Sheet using Heston Blumenthal’s Golden Syrup Chocolate Chip Cookie recipe. This was the first time I made the recipe and I kind of butchered the home-made chocolate chips (they didn’t solidify as much as they were supposed to); however, I still ended up with delicious cookies!

While I have yet to test out the cake and pie pans, I am thoroughly impressed so far with these 5-ply pans.

The biggest pluses for these pans are their incredible heat distribution, the fact they don’t warp in the oven, and the easy clean up. Heat distribution is important when you are cooking under the broiler or in a very hot oven, but that kind of heat can often end up warping an aluminum only pan. A stainless steel only pan can warp just as easily and it doesn’t have the heating properties of aluminum. By cladding the two metals together in five alternating layers, you get the heating properties of aluminum, a pan that won’t warp, and the easy cleanup of stainless steel.

I can’t stress how important that last point about cleanup is; especially since you can just place these pans in the dishwasher. I can’t count the number of times I’ve done baking only to be left with a sink full of dishes that take forever to wash. It’s not a great motivator to start baking again! Luckily these pans don’t have that problem.

These pans do have some areas for improvement.

As mentioned before, the handles feel cheap and very lightweight. While this does not affect the baking performance of the pans, it does make the pans feel flimsier than they actually are.

The pans are also expensive. You could buy a number of Nordic Ware Quarter Sheet Pans for the price of one 360 Cookware Jelly Roll Pan. However, you’ll find yourself replacing those Nordic Ware sheet pans as impossible to get off food gets baked on them or they eventually warp. If you are a believer in buy once and never again, this isn’t so negative.

Probably the most valuable piece of 360 Cookware bakeware I have is the Jelly Roll Pan; I love using sheet pans for roasting vegetables and one-pan meals! You can even use one to roast a chicken! However, while the pan is a great size for a countertop oven, I really wish 360 Cookware made a half sheet pan (18” x 13”) that would fully utilize the size of a conventional oven. Just for the easy cleanup alone, I would replace all my Nordic Ware aluminum-only sheet pans if they were produced in a half sheet size—even for the premium price.

Final Verdict: Who is 5-ply Bakeware for?

If you are willing to pay a premium price for “buy once and never again” and are looking for bakeware that’s easy to clean and has great heating properties, I highly recommend looking at the bakeware from 360 cookware; especially the Jelly Roll Pan and the 9×13 Bake & Roast Pan with handles (or without handles, perfect for countertop ovens), as they are most likely to be needed in high heat situations where the superior heat distribution properties and easy clean up of the pans will be most appreciated.

Everdure 4K Review: Was it a lemon? Lack of warranty service leaves answer to question unknown

The Everdure 4K by Heston Blumenthal is a beautiful thing to look at! And it operates like any standard kamado grill; however, at twice the price it promises some additional features. But what happens when these bonus features malfunction? Can you count on Everdure’s warranty service?

The Best Citrus Juicers on the Market (Manual and Electric)

Who doesn’t like a nice tall glass of orange juice? But making it at home can be quite the chore; that is, if you don’t have the right tool for the job. This review covers the best manual and electric citrus juicers on the market today.

This beef and broccoli dish is extra tender when you apply the techniques described in this recipe. No more tough and chewy beef!

Can you use a cooling rack in the oven?

Cooling racks are much more versatile than you might think! One of my favorite kitchen hacks is using a cooling rack inserted in a baking sheet as a cooking surface.

MSG Myths: Is it really bad for you?

Should we really avoid foods that contain MSG? The answer may surprise you.

save money
on KITCHEN EQUIPMENT

WHEN HIGH QUALITY KITCHEN EQUIPMENT FOR HOME COOKS GOES ON SALE, WE WILL LET YOU KNOW!